Efforts to modernize Medicare and Medicaid are once again gathering momentum in the nation’s capital and throughout state legislatures. 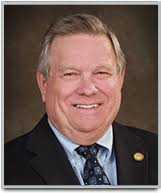 A study by researchers from the National Bureau of Economic Research estimates that a 50-year-old has a 53 to 59% chance of entering a nursing home during his or her lifetime.

That totals near one hundred thousand dollars per year and can rapidly deplete senior’s economic resources. Nearly half of all seniors in nursing homes are on or will be on Medicaid.

Most Americans have insurance to cover their medical expenses and once they turn 65, they have Medicare, but when they are seniors and long term care is on the horizon, well that’s another story and one that is a major concern and direction of efforts for Seniors Across America.

While Medicare will pay for a short stay in a nursing home, the longer stays leave seniors in a dilemma. If they have assets, they can’t qualify for Medicaid and must spend down their assets before qualifying for Medicaid, often leaving a spouse with no assets to live on.

At Seniors Across America, we are working in the Congress and in state legislators to affect legislation that will protect seniors from “Medicaid bankruptcy” and extend Medicare and health insurance to cover long-term nursing home and assisted living care for seniors without depriving them of their lifetime savings.

At SAA, we speak up across America for seniors.